← more from
Guerssen Records
Get fresh music recommendations delivered to your inbox every Friday.
We've updated our Terms of Use. You can review the changes here.

by Care Of The Cow 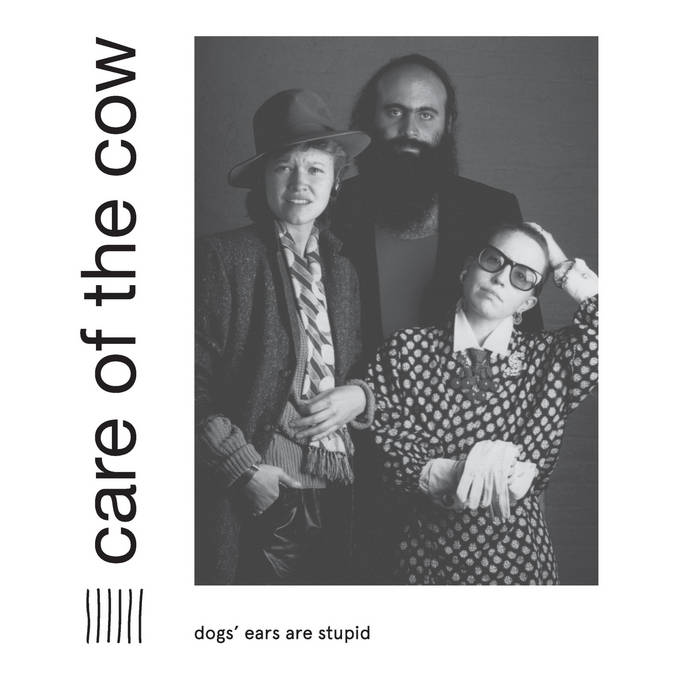 Opposition Faust so Far incredible rescue of this bizarre jewel of the pscicodelia, folk, electronic minimalist and other things, that at certain moments inevitably brings back memories of several bands or musicians, even slapp happy. Excellent, a must masterpiece!!! Favorite track: Chinese Food Part II.

Care of the Cow debuted in 1975 with a 10” followed by their first LP album in 1981. By 1983, the band was adding drum machines and synths to their sound, highlighted by Victor’s amazing guitar playing and X & Sher’s perfectly blended vocal harmonies, resulting in “Dogs’ Ears Are Stupid”, the second Care of the Cow album, released only as a tiny cassette edition in 1983.

For us, this is a lost gem from the ‘80s underground which really deserved a LP/CD reissue. Here it is, done in collaboration with Steve Krakow of Plastic Crimewave / Galactic Zoo fame.

*Remastered from the master tapes

Care Of The Cow Chicago, Illinois

Bandcamp Daily  your guide to the world of Bandcamp

Sampa The Great joins the show to discuss her release, "As Above, So Below".